A significant migration is on the books in case your site is still on Drupal 6/7. The more efficient and upgraded Drupal 9 is here with radical breakthroughs for content editors and site users. It will be an exciting journey for Drupal 6/7 users as they begin to transform their website.

We will be exploring the how and why of migrating to Drupal 8/9 and whether there’s a skip button for Drupal 6/7 users.

Should You Migrate to Drupal 8 or Drupal 9?

This is one of the most common questions doing the rounds. Since Drupal 9 is quite unlike Drupal 8, which was launched in 2015, the confusion is understandable.

So, what’s the fundamental difference between Drupal 8 and Drupal 9? Drupal 8 was a major step up from the Drupal 7 release, with significant changes in terms of themes, contributed modules, and involved migrating content and configuration data. On the other hand, Drupal 9 is nothing but the same Drupal 8 sophistication with deprecated code.

This means different things for different versions of Drupal and depends on the complexity of your site too.

What will Migration Mean for Drupal 6 Users Today?

Drupal 6 was introduced more than a decade ago. It reached the end of its life (EOL) on 24th February 2016, and upgrading is the only way forward. Still, making the obvious choice of moving to Drupal 8 can be a bit tricky. It can lead to uprooting much of the Frontend of the site due to architectural changes and advancing technology.

If you still have an installation of Drupal 6, the community has a program to provide long term support for this release. However, this is an excellent opportunity to migrate to Drupal 8. Though there isn’t a direct path for Drupal 6 users, it is worth the effort.

You can put the Migrate upgrade module to good use in migrating much of your Drupal 6/7 site to Drupal 8.

What will Migration Mean for Drupal 7 Users?

The Drupal 7 to Drupal 8 migration has been a hot topic for long debates, yet an interesting one.

In case you are wondering, you won’t have to migrate your Drupal 7 site twice. All that there is to do is invest in upgrading to the latest release of Drupal 8, i.e., Drupal 8.9. And Drupal 9 from there will be a minor upgrade. This will be more than sufficient until November 2021, when Drupal 8 will come to EOL. And this is how Drupal 7 to Drupal 9 migration becomes a one-step process.

Here’s a summary of all it can involve:

What if You Don't Migrate?

No doubt, Drupal 8 changed the way content and configuration are now stored in the database. It became a consequential change that the Drupal community created and witnessed together. And as it does not require re-writing the code or migrating from scratch, it led to the birth of Drupal 9.

Drupal 8 offered far better performance in editor simplicity, multilingual support, enhanced accessibility, vast workflow, and high scalability. And you will be missing all these and more if you choose not to migrate. With every minor release and update, Drupal 8 has continued to improve over the last five years.

In case you are still not convinced, community support will reach end-of-life in November 2022 for Drupal 7. You have about two years to take the call. However, you might need to check whether your favorite modules are compatible with your current release today. Your modules in use may have been affected by the deprecated code and may require manual upgrading.

Unlike a Drupal 8 migration from Drupal 6 or 7, Drupal 9 is a different ball game. For Drupal 8.8 or higher releases, migration is more like a minor upgrade than a major one. 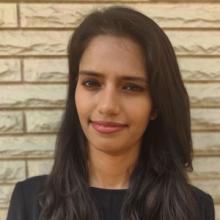