At Axelerant, we have experimented with multiple ways of CI/CD of Drupal. We have got a decent taste of integrations ranging from Acquia dev cloud, Pantheon, Platform.sh, etc. As we are a Gitlab massive shop for our code, Gitlab’s “autodevops” has got our attention. We decided to give it a shot and where we landed is an interesting thing. We are not doing “autodevops” or review apps. We have implemented a pipeline to build the application in a Docker container and deploy onto a k8s environment with many possible arbitrary stages for tests, scans, integrations. Let’s just dig a bit into this.

The following are the technologies we have used to implement the above. However, you are free to replace EKS with any of the managed k8s offerings.

CI/CD onto k8s in a nutshell

We commit the code and push as the CI/CD system needs to build and tag the containers. And we deploy it onto a k8s cluster that exposes us to the URL of an ingress controller acting as a frontend to the application.

.gitlab-ci.yml file consists of three stages. Where in the initial step, it focuses on dockerizing the Drupal application and then pushes the newly built image to the Docker repository. In the next stage, we perform Behat tests; for this, we spin up a new deployment by using the latest Drupal image that was built in an earlier stage. If the tests are successful, we use the same image to upgrade the helm deployment.

Dockerize the Drupal Application and push to the repo

Ingress is a part of Kubernetes that manages the external access to the services running on the cluster. Ingress component exposes HTTP and HTTPS from outside of the cluster to services running inside the cluster by providing services externally-reachable URLs, load balance traffic, terminate SSL / TLS, and offer name-based virtual hosting.

For this specific task, we have created a cluster-wide Ingress controller and used Lets Encrypt to create SSL certificates for the wildcard domain. We created branch-based ingress, which routes the traffic to the specific services running in the namespace associated with the respective branch. 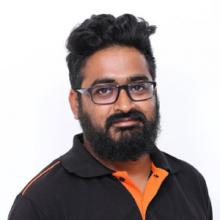 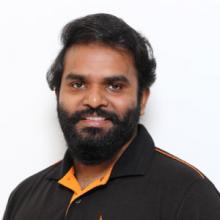 Good food and the company of friends is Medhamsh's version of the Epicurean philosophy. There is a reason he loves road trips and old Royal Enfield bikes- travel can never exhaust him! Fears? Social media!