Drupal 8 And The Approach To CKEditor Plugins

The CKEditor integration in Drupal 8 is available out of the box along with the APIs, which can be used to integrate custom/contributed CKEditor plugins into Drupal. In this post, we will be exploring all such possibilities in-depth and learning them practically.

This blog will talk about a very famous WYSIWYG editor - CKEditor, and it’s usage in a very powerful web content management system - Drupal.

CKEditor is a WYSIWYG rich text editor that enables web applications to offer an easy-peasy process of writing and formatting content in text area fields by providing many features like adding images, tables, styles, links, e.t.c. Below screen grab shows how a CKEditor enabled text area looks like: 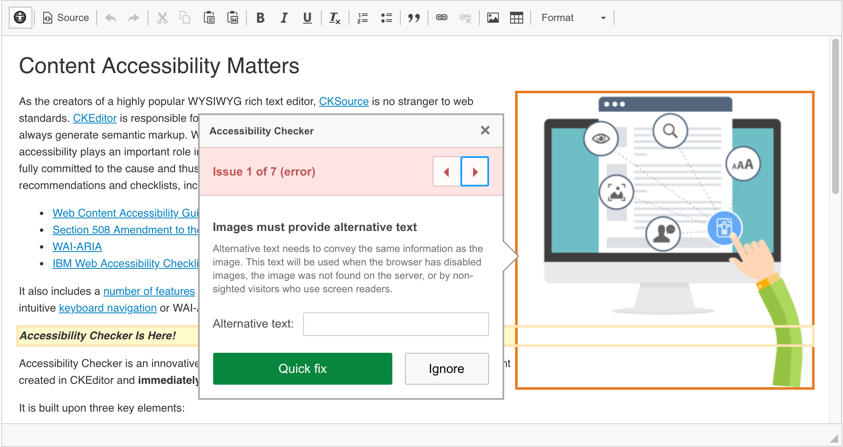 Drupal entity fields that allow the user to add HTML input in them Can show the CKEditor toolbar. However, It doesn’t always mean for such fields to always have the CKEditor enabled. To enable CKEditor on the field, You will have to observe the text formats your fields allow, and depending on the same, The associated text formats on your Drupal instance will need to be configured. The text editor can be configured by the following steps: 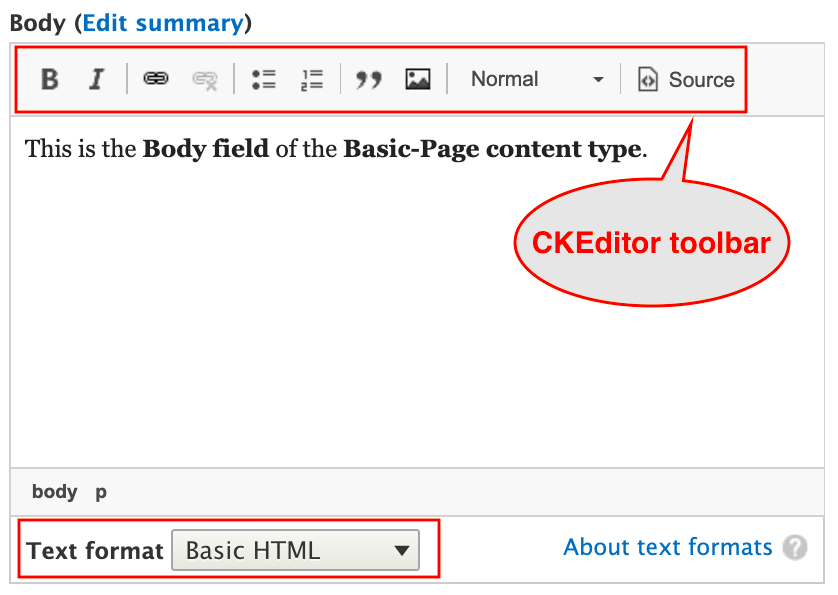 CKEditor follows plugin-based architecture, and the CKEditor toolbar is nothing but a collection of plugins where the plugin is nothing but a piece of code that provides some features (Ex: Adding Images, Adding Links, etc).

There are many contributed modules out there that integrate the contributed CKEditor plugins and allow you to add them to Drupal.

The installation and usage method for this type can be best explained in the individual module’s documentation (Example: See the README.txt file for the integration of the CKEditor CodeSnippet module).

Sometimes a contributed plugin might be available for use from the CKEditor plugin repository, but there might not be a contributed module out there to integrate the plugin with Drupal. In such cases, we write custom modules.

For each plugin, add an entry to the repositories section of your composer.json file. This will tell the composer about the package and tell it where to get it from.

For example: We added an entry for Preview plugin and run ‘composer require ckeditor-plugin/preview’

Composer will extract the plugin here ‘web/libraries/preview’(Note: We have our Drupal installation in the ‘web’ directory).

Let’s understand some of the essential pointers about the above class:

Annotation: Our CKEditor plugin needs to annotate @CKEditorPlugin() and the id = "preview" in it tells Drupal about the registered CKEditor plugin name, In our case, it’s called preview. The vital point to note here is the name & casing of the id value should match the first argument of CKEDITOR.plugins.add() in plugin.js, which is the main file of any CKEditor plugin.

Functions: The plugin class consist of the following methods:

getButtons(): Returns the icon path and icon label of the plugin, which will appear on the CKEditor toolbar. We will be using the icon provided by the preview plugin, which we have kept in the ‘libraries’ directory, and hence our icon path is ‘/libraries/preview/icons/preview.png’.

getFile(): Returns the plugin.js path of the actual CKEditor plugin. In our case, the plugin.js is present at this path ‘/libraries/preview/plugin.js’.

getConfig(): Allows you to set additional configurations that can be accessed in plugin.js under the CKEDITOR.config. 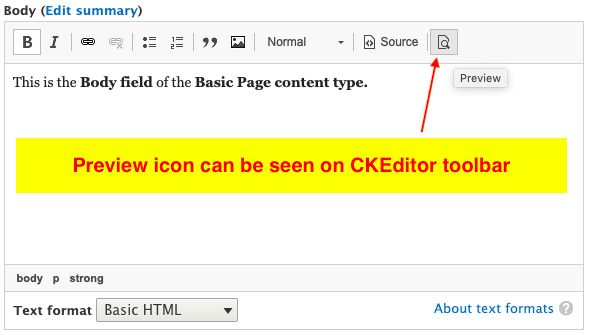 So this is how we can create a custom module in Drupal to integrate any contributed CKEditor plugin.

For Example: If we want to add some text mentioning current ‘day, month, date, and time’ in the textarea field on the click of the CKEditor toolbar icon, then it becomes a very specific project requirement which can be achieved using a custom module and a custom CKEditor plugin. Let’s get into the code and see how we can achieve this:

We will not go in the detail of how to write a custom CKEditor plugin, but let’s just understand that the above code will register the ‘timestamp’ plugin with CKEditor. And whenever a user clicks on the icon from the CKEditor toolbar, then our plugin.js will insert the current ‘day, month, date, and time’ as HTML in the textarea. For more information on how to write CKEditor plugin - Refer to this documentation.

After this step, This is how our timestamp plugin inside the custom Drupal module will look like: 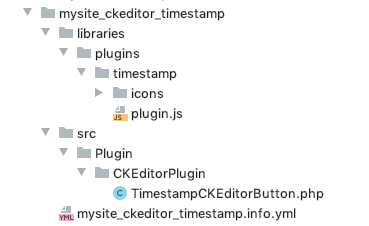 Since we have already covered the anatomy of the CKEditor plugin class in this post, The above code should be self-explanatory.

And that’s how we can integrate a custom CKEditor plugin in Drupal using a custom Drupal module.

Drupal has been highly successful in providing a good editorial experience via the highly scalable, feature-rich, and robust CKEditor Ecosystem. This, in turn, helps content editors focus on the things they are good at - “Content.”

Every web application in the world is backed by a content team whose expectations have evolved with the evolution of technologies used in these applications. Content editors wish for many features like WYSIWYG editors, scheduling, smoother workflows, intuitive UI, etc., from a web application as their content quality and the productivity is directly proportional to the whole editorial experience provided by the web application. 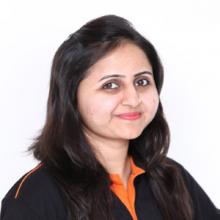 Independent vacation planner who enjoys her freedom, spending time with family offwork, and showing up to places on time.