The Migrations API in Drupal 8 is a Swiss Army knife. While migrating one of our clients’ sites to Drupal 8, we encountered an interesting scenario. Being a large organization with a high volume of content production, they were not able to provide direct database access for the migration. Instead, they suggested using their existing JSON API to fetch the data for the migration source.

Since the entire migration API is built using a plugin-based architecture, we were able to leverage the migrate_plus module’s authentication plugins. You can see other migration plugins here. We’ve shared similar posts around migration plugins in the past, like this one about creating id_map plugins.

We will implement this in two steps. The first is to create the authentication plugin, and
the second is to use the plugin in the migration template.

First, let’s go through the plugin implementation. For the authentication plugin, we use Plugin\migrate_plus\authentication namespace. Let’s say our module name is “custom_key_auth.” In our module, we’ll need to create our plugin class at the following path:

I’ve added a trimmed down version of the class here for reference; you can find the full example in this GitHub repository: https://github.com/mohit-rocks/custom_key_auth

Let’s go through the implementation for the CustomApiKey.php plugin class. 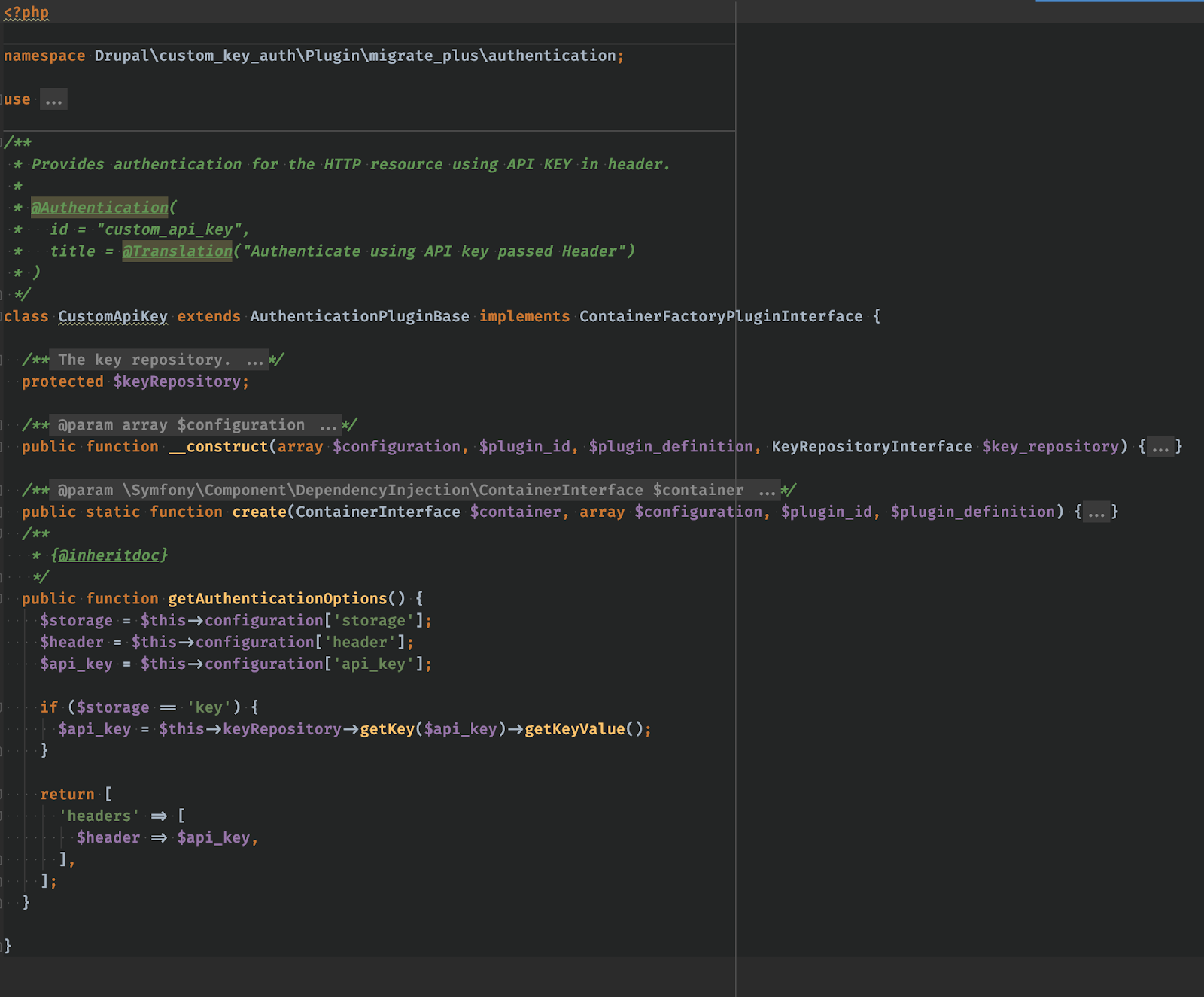 As Drupal’s plugin system works based on annotations, we have defined “@Authentication” to declare that this is going to be an authentication plugin. 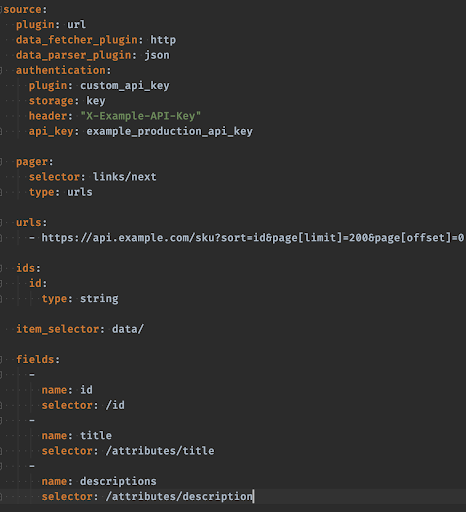 Here, in the “authentication” key in the source plugin’s configuration, we’ve specified the authentication plugin’s information. The plugin key tells the plugin manager which plugin to target, and we’re also passing other data attributes, like keyname and header name, which will help to build authentication requests.

Based on the value of the “keyname” attribute, our plugin will fetch the key value by using the “key.repository” service and return the proper data.

As we have seen in the example above, the Migration API is pretty robust and we can leverage it for various use cases. The out-of-box Migrate module and Migration API provide various Source, Process, Destination, ID-Map, Authentication, Data Fetcher, and Data Parser plugins that you can leverage for your use cases. 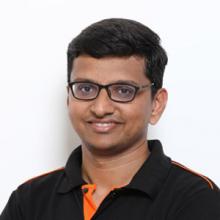