How To Set Up Drupal RESTful Caching 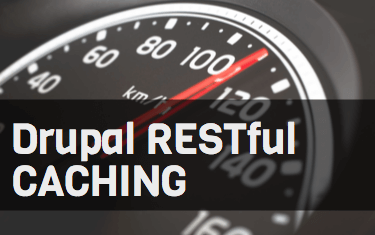 The Drupal RESTful module has a multitude of caching options and sorting through them on your own for the first time can be slow. This article will help you get started with Drupal RESTful caching.

NOTE: RESTful 2.x module was recently released. This article focuses on the 1.x RESTful module version and the techniques mentioned below may not work if you are using any other release.

Your caching options can be controlled at various levels in code. Knowing which layer your application needs is just as important as knowing how to execute, but we’ll start off with how, we'll move on to why later.

To start caching your endpoint, the initial configuration is setting render to TRUE in the plugin file under render_cache key.

RESTful skips caching your endpoint if this setting is FALSE, which is the default value. In addition to this, Drupal RESTful also ships with support for the entitycache module for entity based endpoints.

Here's how a typical flow looks like for an endpoint:

$context is the entity context, like the bundle name, entity ID and any other metadata you might find to be relevant to constructing your cache key. In most cases, just the bundle name, entity type and ID would suffice. RESTful fills in other contextual data like endpoint name, GET parameters, etc. RESTful builds your cache keys in a crafty way so that it is easy to do CRUD operations in bulk. For instance, clearing all caches for the "articles" endpoint would be something like clear("articles::*").

It is also worth noting that Drupal RESTful caching allows you to override the key generation logic on a per-endpoint basis. This is especially useful when you want to build a custom cache key.

While working on Legacy.com, we had to build a cache key which is agnostic of specific GET parameters. By default, the generateCacheId builds a different key for the following endpoints:

Though a different key for each of these calls makes sense in most cases, it is redundant in some cases. E.g. we return the same payload for all the above 3. To change this behavior, we ended up overriding generateCacheId.

The setRenderedCache, getRenderedCache, and clearRenderedCache operate upon the default cache controller, which can be specified in the plugin using the class key inside render_cache. This value defaults to DrupalDatabaseCache.

This default value can also be explicitly set to your favorite caching backend. In our case, we use the memcache module and set this value to MemCacheDrupal. Again, Drupal RESTful allows you to configure caching backends on a per-endpoint basis.

Cache backends have this concept of bins, which is an abstraction for similar data which can be grouped together. Examples from the Drupal core are cache_filter and cache_variable.

There is a bin setting for every endpoint in the plugin file, which is cache_restful unless we explicitly specify otherwise. It is advisable to store high traffic endpoints in exclusive bins.

There is an expire setting for each endpoint, which dictates the cache expiration for that endpoint. This defaults to CACHE_PERMANENT, which means that the entry will never be wiped off until it is explicitly selected for clearing.

The alternative is CACHE_TEMPORARY which indicates that it will removed in the next round of cache clearing.

These are the very same constants used in Drupal cache interface’s cache_* calls. There is a middle ground too, which isn't documented. The expire value can be set in seconds. This is a deviation from Drupal’s convention of mentioning it as a timestamp.

Varying Caching by Role or User

We wrote our own authentication mechanism and had a user created exclusively for the API and serving the endpoints. We gave this user an exclusive role and configured per-role caching for all the endpoints.

Here's how the plugin configuration looks for one of our endpoints:

The anatomy of a Cache key

A cache key using the default key generation logic looks like this:

The first part is the API version, followed by the resource name, which is "recommended_videos". The next part is either a "uu" or "ur" depending on whether it is user level or role level granularity. Next is the entity type (e.g. node) with a prefix "pa". This is followed by the entity ID part, which is "ei:105486" in this case.

The last part is the truncated key-value list of GET params foo and bar. Each logical section is separated by a "::" so that it is easy to do a selective purge, as in wiping out all endpoints for v1.0 of the API would be a call to clear("v1.0::*").

Note that a GET for a collection of resources like latest comments results in a viewEntity for each item in the collection and as many cache entries. If you want a single cache entry for the whole collection, you have to custom build your payload and call setRenderedCache as shown in the initial endpoint workflow code snippet.

RESTful is designed as being very modular from the ground up and has a provision for controlling caching settings for every endpoint. Such a high level of control is both good and bad. Digging through an issue for hours because some settings for an endpoint are misconfigured isn’t fun for anyone. Unless the settings are clear and explicit, it makes issues hard to debug and sort out.

Be diligent and validate your caching strategy from the beginning.

Another thing to look out for is memcache stampeding. Memcache stampeding occurs when a missing key results in simultaneous fetches from the database server, resulting in a high load. Memcache is designed to prevent too many requests from piling up.

With our work with Legacy.com, we could mitigate the need for passing these requests to Memcache by properly managing our Varnish layer.  We will detail on how we fixed the stampeding issue and constructed a Drupal RESTful Caching strategy in a later post. 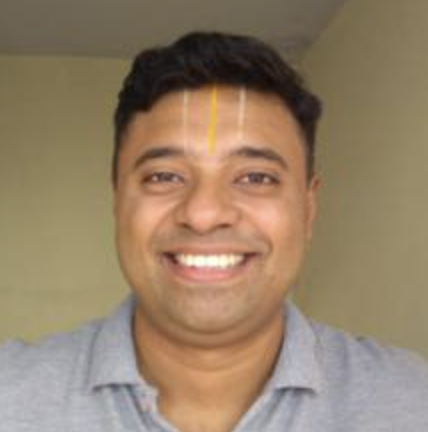