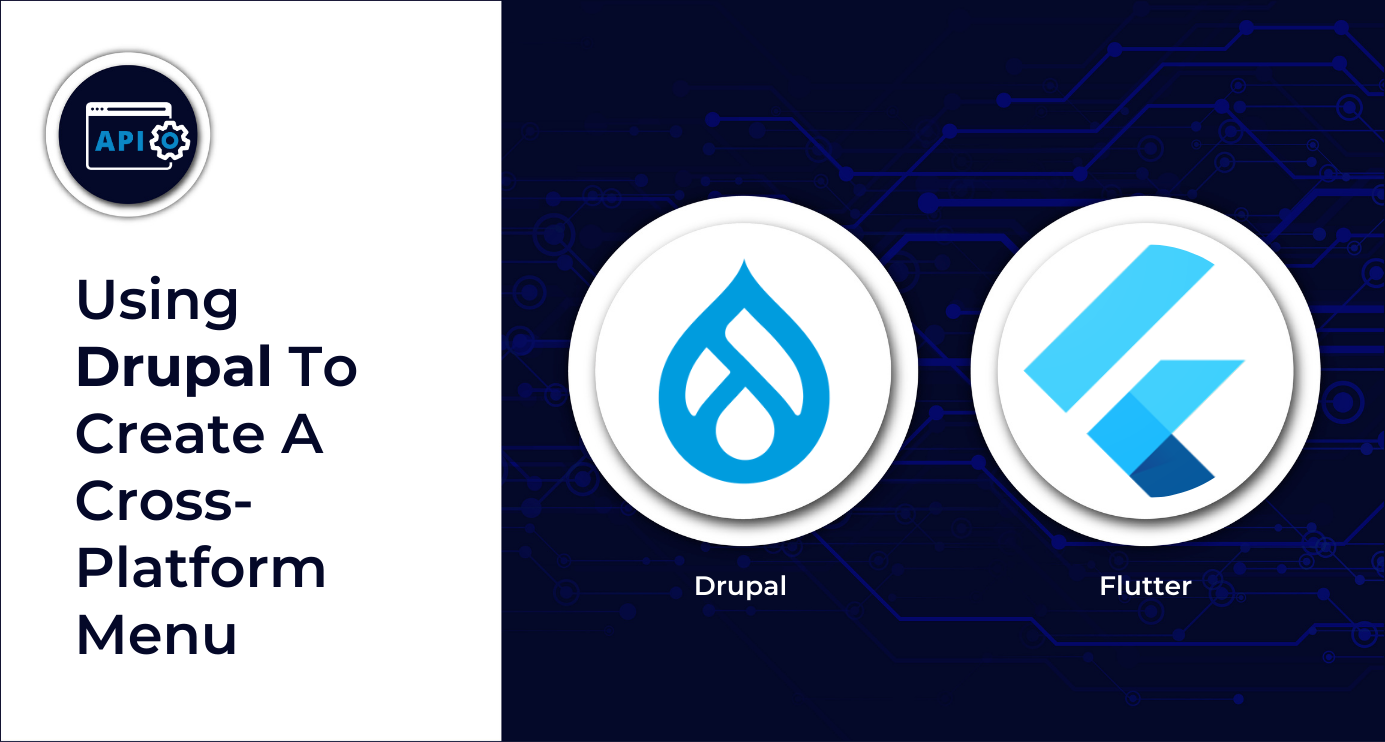 The concept of Headless CMS has been a rage for quite some time. At Axelerant, we have been using Drupal as a Headless CMS in many projects. Headless drupal provides a JSON API for accessing the published content of Drupal, including menus via the Drupal Decoupled Menus module.

Since we will be building a cross-platform menu so it becomes necessary to talk about the mobile application ecosystem, which has changed considerably since the introduction of cross-platform technologies like React Native and Flutter. These technologies have made mobile application development a lot more accessible to web developers, both of them have generated strong momentum in recent years. React native has been easier to get started with for web developers due to its React roots but Flutter on other hand uses Dart, which also draws its syntax heavily from JavaScript, however, still has some differences.

In this tutorial, we will use the Flutter framework to render a material design-styled menu across Android, iOS, Web, Windows, and macOS.

You might be inclined to ask why we choose Flutter instead of using React Native. The simple answer is we feel that Flutter is more polished as a framework. For more in-depth comparisons between the two frameworks, you can check this.

Head over to flutter.dev and follow instructions to install flutter on your machine & also install VS Code if you haven’t got that already. Let us create a flutter project by running:
flutter create drupal_flutter_menu

Open the drupal_flutter_menu  folder in vs code. The moment you open it inside vs code, you will be prompted for installing flutter and dart plugins, well go ahead and install them.

On the Drupal side, we need a Drupal instance running with Decoupled Menus module installed and enabled Before we move further let us first look at the JSON returned by Drupal menu API if you navigate to the Drupal menu endpoint (https://<yourdrupalsite>/system/menu/main/linkset)  and look for any menu, in this case, “main” menu, then the response JSON will look something like following:

The output will vary depending on what links are present in your specific Drupal menu.

If you look closely at this peculiar-looking JSON representation, it is a special media type called application/linkest+json which has been recently introduced by IETF. This media type is a special way to represent a set of links and their relations in JSON format. In order to know more about this representation head here. Our next step would be to parse this JSON in our flutter code and then create a simple Abstract Data type that will represent the parsed drupal menu, but wait wouldn’t it be better that we have something prebuilt that makes over lives easy, well we have already gone ahead and created a simple flutter package drupal_linkset_menu which takes a drupal menu API URL or a JSON string and returns a Menu object and then render it in Flutter.


The source code for a Flutter-based app resides inside the lib folder. We will be only working with the specially named file main.dart inside this folder. Let us delete all the code in the main.dart file and Replace with the following code, which will display “Hello World” in the center of the screen.

to run on corresponding platforms, for more information on this head over to flutter.dev

The code that we have put in the main.dart files does the following:

Now update the code in main.dart  with the following code:

This package will allow us to open a URL, when any link in the menu is clicked.

Let us break down step by step what the code adds:

Run again or hot reload again by pressing “r” on your command line to see the changes.

The aim of this tutorial was to give a sense of how quickly we can build a native cross-platform app with Flutter and the new Decoupled Menu API. Now you might be wondering that we didn’t talk about running the project on Windows and macOS- the support for both these platforms is still in beta but as an exercise you can still run the project on Windows and macOS by changing the Flutter stable branch for which more information can be found here.

All the code for this project can be found on GitHub. About the Author

Obsessed with keeping up to date with the latest tech, Aqib is addicted to drinking tea. Interested in spirituality and future predictions, you will find him doing household chores or playing cricket when not at work. He never misses a day at the gym.