Why Is Visual Regression Testing needed?

As the saying goes, necessity is the mother of invention. The need for catching user interface level bugs or CSS breaks resulted in the creation of visual regression testing tools. Catching CSS breaks gets tougher with every sprint or build since there are so many elements and components in a website that might get affected. In the era of continuous integration and agile, not only has catching bugs become more important, but also catching them as close as possible to the point of introduction. Having said that, the tool, Wraith, that will be introduced in this blog post is one that can be used by Frontend developers, testers and QA personnel to identify UI breaks in no time.

What Is Visual Regression Testing?

Visual regression testing is done to verify user interface components in a web page or application by taking screenshots of the page and comparing them with the desired page or layout. To carry this out, we should know the expected behavior, so that actual UI elements can be compared with the expected layout.

For example, if a change causes the font size of a “Learn More” button to change by a few pixels, it would be difficult for a tester to catch such a difference as the project progresses, since the theming looks intact even though it varies from the style guide. Visual regression tools would catch such bugs in no time and would also let the QA person know through the output format.

Wraith is a very powerful screenshot comparison tool developed by the BBC News developers. It can take screenshots of your web page and compare them with another instance, test the page for responsiveness, compare pages on the same site over time, and also crawl your website and provide all the paths for testing. The best feature of this tool is that it is very easy to install, explore and implement. If as a QA person you are able to learn to use this tool and implement it in your projects, it will save you a lot of time in testing your websites.

Below are the steps to install Wraith on Windows:

This command will create folders in the directory you are in, like configs, javascript, etc. The configs folder, which has files ready for getting started with Wraith implementation straight away, is the focus here.

NOTE: Refer to http://bbc-news.github.io/wraith/os-install.html for installation steps as per the OS you have.

Capture Mode works by comparing two sites against each other. The best example here is when we are comparing our test instance with the live site and want to highlight the differences.

Once you have installed Wraith and all its prerequisites, you will have to create and run a config file, which is basically a yaml file which contains all the configurations to be executed via the command line.

A basic config file for Capture mode looks like this:

After you are done with writing the config file, it should be saved with the .yaml extension and can be executed via:

History Mode compares the same instances of your website over time. The command wraith history is used to create base screenshots, and then the wraith latest command creates new screenshots, compares them with the base directory and spots discrepancies.

A basic config file for History mode looks like this:

To execute it for the first time, run the command:

Run the command below to verify the same site at a later point of time and compare it with the screenshots that were taken in History mode earlier:

This is a browser which does not have a Graphical User Interface (GUI) and which runs in the backend via the command line interface. In Wraith, PhantomJS and CasperJS are used as headless browsers.

This is the parameter where we include the relative URLs of all pages which we want to compare.

This parameter lists the different screen resolutions for which our browser will capture the screenshots.

This is an optional parameter for the config file. Through this parameter, we tell Wraith whether it should reload or resize the browser for every screen width you want to take a screenshot of. Resizing is more efficient and quick, while reloading is more costly in terms of resources.

This is the directory/folder where the screenshots get stored.

ImageMagick uses this property to measure the difference in color between two images. A higher fuzz means a less strict comparison. Normally, we maintain fuzz at 20%.

Before reporting a failure, Wraith compares two images. The value upto which Wraith does not consider the difference between the two images as a failure is the Threshold Value. This value is entered as a percentage.

Output generation is a two-step process. The first step involves a headless browser, such as PhantomJS and CasperJS, which captures the screenshots. The second involves ImageMagick, which compares the screenshots and creates a diff image, which is nothing but highlighting the differences between two images. Images are captured and compared on all resolutions as per what we provide in the config file. For example, in Capture mode, images are captured—one from the test instance and one from live—and then these are compared, giving a diff image.The third image shows changes in blue (this color can also be changed to red).

Another file, data.txt, is also created as output. This displays the changes in terms of pixels. Also, a gallery is created where we can see all the images and the diff images for each path listed in the ‘paths’ parameter. The gallery can be displayed as per the template you choose. There is a basic (default) template, which is just a list of thumbnails, one beside the other, and a slideshow template. Apart from selecting these, users can also specify the thumbnail sizes with the help of the parameter below in the config file:

Until now, we’ve seen the Capture and History modes, which capture full-page screenshots of the paths mentioned in the config file. There may be cases when we don’t need to compare the entire page but need to check a specific component or block. For this purpose, we use “CasperJS and pass a selector” along with paths in the config file.

Let’s see how we can write the config file to specify the selectors. We’ve used the Axelerant site as an example here:

1. The first step here is to use the browser CasperJS.

2. We specify the CSS selectors in the paths file. The class name is used here starting with “.”

3. Finally, run the config file to produce the gallery from the selectors. Use the command wraith capture configs/filename.yaml.

More about hooks can be learnt here.

The same property also works for CasperJS which is used during the section-wise comparison with the help of selectors. Unfortunately, the use of this property is not mentioned anywhere in the documentation.

Spider mode crawls through your website and helps identify all the paths. So, instead of manually specifying the paths using the “paths” property, you just need to run this mode. This saves a lot of time, since all the paths are identified and ready to be used in a file. The way to use this method is as below:

After running the command, open “spider_paths.yaml” and you would see that all the paths are listed from the site specified in the domain. Now, the “spider_mode.yaml” file can be used with Capture and History mode as described previously.

Below is the screenshot of the “spider_paths.yaml” that was run against “https://www.axelerant.com/”

Let’s look at the advantages first:

While automation does add value most of the time, the value provided needs to be optimized by following some best practices:

There are similar tools like PhantomCSS, Gemini, Shoov and WebdriverCSS available for free which provide even better features, as discussed below: 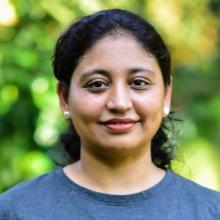