Containers have changed the way software applications are created, deployed, and managed. While Kubernetes has changed the software development lifecycle paradigm, this blog post will demonstrate how applications that run on Virtual Machines could be containerized and run as Microservices on Kubernetes.

Mautic is not enterprise-ready and not in line with the 12-factor application philosophy. There are multiple configuration files to inject environment variables. Mautic has an open-source image but it is hardly ready to be deployed on Kubernetes. The ephemeral and persistent components such as logs, cache are not decoupled. The existing Mautic image also runs multiple processes in the same container, which is an anti-pattern of containerization.

Typically, the Mautic setup has an application tier - where Mautic and Nginx run together on a set of servers frontended by a Load balancer, MySQL Database, and a Messaging Queue. There are a set of cron jobs that are configured along with the application on the app tier servers.

To make Mautic application Enterprise-ready and highly available and scalable, the following approach has been adopted:

In line with the containerization best practices, the web tier and the application tier have been decoupled. Nginx and Mautic run on respective containers and they both share a common volume that contains the application code.

The configuration for Mautic application is spread across multiple files; this has been addressed by using config.php as the single config file and injecting config values through container’s environment variables.

Security is paramount when containerizing the applications; with that in view, the containers are set to run as unprivileged users.

The containerization of the application is a battle half-won. To make it truly enterprise-ready, there should be a mechanism to deploy the application with ease and create a reusable configuration. This can be achieved with helm  - Package Manager for Kubernetes. Helm charts make it easy to define all the Kubernetes objects such as deployments, services, ingress, secrets, and persistent volumes in a modular way. Helm charts provide a single config file called values.yaml to input all the variables for the deployment, such as the number of replicas of the pods, image repositories, secrets, environment variables, and various other inputs required for application deployment. So, by modifying this helm chart, the entire deployment can be repurposed by a different team or an organization, without having to fiddle with the Kubernetes manifest files.

The Mautic helm chart lets you choose between a local MySQL service (running as Pods on Kubernetes) or a managed database service like RDS or Azure SQL. The default setting is to create a local DB, however, if you supply the hostname of your external DB service as a value for `ExternalDb.host`,  then the application would use the externalDBHost and the helm chart wouldn’t create any local DB service. When using the external DB, ensure the DB is accessible to the Kubernetes and credentials are passed as helm values.

When you think of CI/CD for Kubernetes, GitLab is the obvious choice. There are various reasons, the primary one being that the GitlabCI is an excellent way to create a declarative pipeline. CI/CD pipeline is defined in a YAML file named .gitlab-ci.yml. The pipeline consists of various stages, each performing a certain action, such as building a Docker image or deploying the image onto the servers. This file is easy to read and defines the stages.

GitlabCI is like a swiss army knife with various options that help to make pipelines as extensible and modular as possible. Kubernetes cluster can be quite integrated seamlessly with GitLab.

Let’s look at the CI/CD that has been set up for Mautic.

There are two stages of CI:

There are two deploy stages:

In the dev-deploy stage,  the images with the tag CI_COMMIT_SHORT_SHA from ECR are pulled and deployed onto Kubernetes. Every time code is checked into a non-master branch, a new namespace is created in the Kubernetes with the branch name using the GitLab variable CI_COMMIT_BRANCH and the application is deployed into that namespace. This is equivalent to creating a new environment per branch.

The Prod-deploy does the same thing as dev-deploy, except that the code is deployed onto the production namespace by pulling the images with the latest tag.

Once the pipeline is created, all that needs to be done is to integrate Kubernetes with GitLab and start deploying the application. By updating the values of the replicas in the values.yaml, you could scale up or down the number of pods to be run - based on the anticipated load.

This demonstrates that with the right approach and the right set of tools, legacy applications can be containerized and run on Kubernetes with increased efficiency and availability. While containerization makes your application truly cloud-native, an efficient CI/CD pipeline that supports multi-dev deployments makes it not only easy to deploy your application but also test in multiple environments with varied configurations. 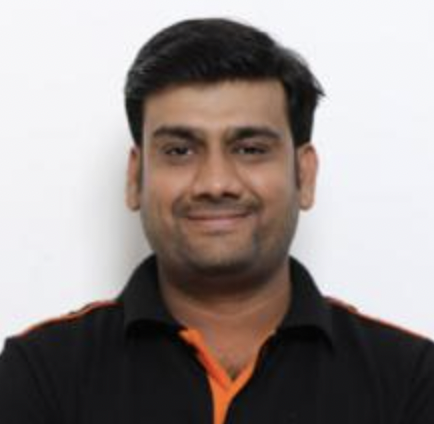