The Drupal project continuously evolves, improves, and stays in line with what is expected from a go-to CMS. It is one of the leading choices for building web applications. And it continues to live up to expectations with the latest Drupal 9 to 10 ugrade.

This means that you need to quickly gather all important information regarding the features of Drupal 10 so that you are ready for another upgrade.

Find everything you need to know about Drupal 10 features here.

Drupal 10 was released on 14th December 2022. This is not surprising as the community continues to stick with Wednesdays for all important releases. There is also a beta release for users who want to check out and experiment with what Drupal 10 brings.

This time the Drupal upgrade is packed with the Olivero default theme, a much-improved theme that plays a key role in deciding how websites look. The Olivero project was in development for quite some time, and it is provided with Drupal 9 as well.

A new Drupal 10 installation of this theme will create a greater visual impact for new users than previous themes provided with Drupal core. Olivero also makes it relatively easy to quickly launch a simplistic website or help developers looking for a complete theme as a starting point for a custom theme.

With this launch, developers can stop creating themes based on the designs they have for a website. In the case of headless projects, the Olivero theme can be used to check out the staged content in a well-structured manner before the final application consumes the content. Olivero as the default theme would not only enhance the first impression of Drupal websites, but it is also the perfect tribute to the ex-community member Rachel Olivero. The administrative and editorial experience is a very important aspect of any CMS. For a long time, Drupal relied on a very clean administrative theme, ‘Seven,’ that worked well enough for most users. It also integrated very nicely with the features provided by various contributed modules.

But Seven doesn’t with the recent improvements made to the introduction of Modern JavaScript concepts. These improvements pushed the community members to develop a new administrative theme with a highly accessible user interface for managing websites. This gave birth to the project ‘Claro.’

Claro enhances the administrative experience and gives Drupal’s editorial UI a modern feel. At the same time, it preserves the core of Drupal CMS so that experienced users don’t get confused.

With Drupal 10, Claro will now be the default admin theme and will continue to receive updates bundled with Drupal core releases. CKEditor 5 has been around for quite some time now. It was completely rebuilt to take advantage of the developments in how a JavaScript application is developed. Most of the frameworks and CMS started adopting it to provide the best available editorial experience in managing text data in an application.

The initiative to integrate CKEditor 5 with Drupal has been very successful, and thanks to it, Drupal 10 is out of the box using CKEditor 5. Most of the contributed CKEditor plugins on Drupal.org have also been upgraded and are now compatible with CK5. Modern JavaScript Components To Replace Some Uses Of jQuery

Most developers in the JavaScript community have started to rely more on ES6 standards. They also prefer using vanilla JS more than jQuery for tasks related to DOM manipulation or sending an AJAX request.

There are various reasons for this, including that most of the jQuery API is part of the browser functionality and the constant dependency on advanced frameworks like React and Vue.JS for application development.

The Drupal community has also been watchful of this trend and has started to replace jQuery with modern JS wherever possible in the core codebase. jQuery libraries such as jQuery.once and jQuery.cookie has been wholly removed from Drupal 10. Most of the contributed modules have also started deprecating the usage of jQuery and its libraries. This would result in a much cleaner front-end output of Drupal websites. Theming is one of the most critical drupal development tasks for any Drupal website as it decides the outlook of an application. Due to this, the Drupal community is always working on something to make it easier, more effective, and in line with the latest trends.

There are already two new default themes for Drupal core, with something in store for developers. Drupal 10’s Starterkit theme will give developers commands to easily generate a theme with all the basic files and configurations.

Drupal 10 will use Symfony 6, and PHP 8.1 will be the minimum supported version. This will ensure all the improvements done at the backend processing level are part of all the Drupal projects that upgrade to Drupal 10. Symfony 6 has improved many routing, services, locales, and multilingual aspects. Slowly, most of these would be up for discussion for incorporation in Drupal.

Follow the tips below to be ready for Drupal 10.

Exciting Features Lined Up For Drupal 10.1 And Further Releases

Here are more features lined up to be added to later versions of Drupal 10.

The Automatic Updates module will ensure that important Drupal core updates are automatically applied to an existing website without requiring any development effort. It generates a sandbox instance and starts applying the required patches for updating. It also provides reporting at every stage of the update and API to customize the progress.

The Project Browser will allow users to search for contributed modules and themes on Drupal.org easily. Administrators can easily shop for compatible plugins, access all the essential information, and, if need be, install those from the website UI itself. This approach would be much easier for site owners than previous module search and installation tactics.

These are the main features of Drupal 10. Apart from this, many bugs and feature requests are closed daily so they can be packaged with the first release of Drupal 10. This release would be an excellent add-on for all the existing websites and motivate users of other Drupal versions to upgrade.

As a developer, you might also want to check out the easy steps for upgrading to Drupal 10 and the status of contributed projects. 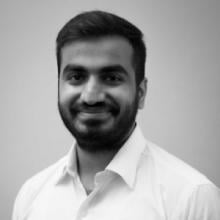 Gaurav is a storyteller. An Arsenal FC fan, he also enjoys reading Amish Tripathi's works on Hindu Mythology. He has been spending every Friday evening at his favorite bar for more than two years now. Need a dose of sarcasm? He is your guy!