Mobile application testing is a hot commodity. Did you know that iTunes just passed the two million apps mark? There are over two million downloadable apps available with upwards of 130 billion downloads. The opportunities are endless... the competition, fierce.

App testing is all about the end user, the end goal, ensuring the outcome. And a poorly tested app will always put our reputations on the line. These phases are just as crucial as development because if QA is done the wrong way, we forfeit our target market to our competition.

By rushing through QA to launch, we risk offending users and the only way to avoid this is the introduction of testing into the development process at the earliest opportunity. The problem is most developers are in a hurry to wrap things up on time. Not meaning to be overconfident, they fail to recognize loopholes which can completely devastate our application. It’s the job of dedicated QA Engineers to go through numerous rounds of testing iterations to check features and functionalities, strategically scrutinizing actions until developers get it right.

As we go about mobile application testing, here are few common blunders. If we avoid these ways to fail and focus on the ways to win, we’re on our way to attaining mobile app success.

This happens when developers choose to perform merely perfunctory testing, and anticipate bug reports later, giving no range for beta testing. The abundance of test approaches, the variety, is one of the dynamics of successful test plans. When using a perfunctory testing approach, developers can fail to consider aspects of the marketplace, province, user experience. network coverage, et cetera—all pertain.

Testers should have a deep familiarity with the app they’re testing. Testing an app they know little about can lead to a swift, sloppy testing of various features. That’s not how mobile app testing should be done. The tester needs to be well-acquainted with the app, its functional requirements, features, logic, and its purpose. With that depth of familiarity, a tester can cover all functionalities, the ultimate user flow in the app. This ensures optimal test executions per core business requirements. Requirements that testers, without an in-depth knowledge of the application’s purposes, can be subject to mistake.

Crashes are common. Until the time our application is totally free of bugs and errors, these are expected. Of course, crashes are infinitely worst post launch. Nothing exasperates a user more than an app’s collapse. Consequently, it’s so important to preserve the appropriate logs for all crashes that have taken place throughout testing segments. These logs must be organized  and highlighted extensively; there needs to be a detailed report. This, in relation to “Testing Ignorance” is where an in-depth acquaintance is so important. Unless the QA Engineer knows what the crash is all about, they’ll be unable to prioritize it and highlight a precise report to developers.

In order to deliver immersive, fantastic user experiences, some app testers tend to forget about features and focus on UI/UX designs. Looks matter. Gorgeous user experiences are wonderful but what about the usability viewpoint? Why would someone download our app if it doesn’t accomplish their principle or if the features aren’t functioning properly? The core of any good app is about delivering what users expect from it. It’s not all about what it looks like. An objective approach should be followed when it comes to testing UI/UX as well as the features or usability of the app.

It’s impractical to test a mobile app against every device, location, Operating System or network. However, to know how our customers would use our app, we need goal visibility—what are we testing and how does it work for customers? Google Analytics and backend logs can help to create a clear picture of customer actions.

Suppose if we are handling 50 test cases and we have to test on a dozen different devices on five different network environments. There are so many executions, it’s silly. What we can do is to study market demands and user behavior to identify what are your most important devices, test cases, and networks, and prioritize testing them.

Steer clear of the ways to ruin.

If we aim order to win, your objective has to be the delivery of a quality product at the end of the day. Because we ardently agree, successful mobile application is your app, highly functioning, about to be downloaded again by a soon to be satisfied user.  Avoid these five common blunders at each and every stage of testing, and we’re well on your way to success. 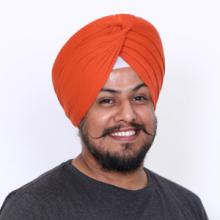